In the UK, the traditional high street has been in decline for at least the last decade as a result of the 2008-2012 recession and the unstoppable rise of online shopping. The effects of this are well documented: vacant shopfronts, a negative impact on local economies and the eventual ‘death’ of town centres. This is based on the conception of the high street as a place of retail, indeed, much of the current issues are to do with the failure of several large chain stores, as Tony Naylor wrote in a recent Guardian article:

“This is the new reality. Former anchor tenants have either sunk (BHS, Toys R Us) or, like M&S, Debenhams and House of Fraser, are shutting stores to stay afloat.”

However, town centre life has not always been so reliant on retail as the primary function. The tinker, the tailor, the butcher, the baker and the candlestick maker; industry has been a historic part of our town centres and a vital part of local economy. There is growing recognition that industry can again play a part in the centre of cities and towns, rather than being banished to the ‘trading estate’.

Architecture 00’s ‘Places that Work’ report (published 2018) suggests that attempts to solve the ‘crisis of housing affordability’ in London have inadvertently created a different crisis: a lack of affordable workspace. The authors propose the ‘New London Mix’ as a solution. The ‘New London Mix’ is a strategy for mixed-use urbanism consisting of the ‘co-location of light industrial, distribution and productive workspace with homes in a way that works for occupiers and residents.’

The potential for light industry to return to town and city centres within London and beyond is clear and the advantages plenty. For example:

Most importantly, there is the potential for strategies such as the New London Mix to make truly urban places which are socially as well as economically advantageous.

In Finland, there is not the same tradition of high streets. In Helsinki, the only true high streets are found in the very centre, with even central areas like Töölö and Kallio lacking what would be recognisable as a high street in British towns and cities. In many ways, the suburban model of shopping centre + housing is Finland’s tradition. This model is ingrained in contemporary planning policy, as demonstrated by the recent opening of REDI Shopping Centre in Kalsatama and Tripla Mall in Pasila. Both Kalasatama and Pasila are being developed in the shopping centre + housing model, but at a far higher density than areas in previous decades. The popularity of this model has its roots in Finland’s historic lack of density, however, with current developments aimed at vastly increasing the population density within Helsinki, there is opportunities for the city to embrace new models of urbanism. In places like Kalasatama, which have a strong industrial history, a ‘New Helsinki Mix’ of light industry and housing, could be adopted in order to create new urban streets, retaining local character whilst enabling the desired densification.

This would also benefit Helsinki’s growing reputation as a city of start-ups. To date, this reputation has mostly been focussed on technology start-ups, however, a mode of urbanism which promoted the integration of light industry into city places would give a whole new dimension to this reputation. It is easy to imagine that graduating students from Helsinki’s Aalto School of Art and Design could benefit from the potential to easily start design and manufacturing businesses in prominent local areas which already contain local industrial supply chains. This has the potential to become a local circular economy, in turn creating safe and active urban places and providing many and varied job opportunities for an increased city population. Our cities can work harder to create places which are socially, environmentally and economically sustainable through urban form and provision: planning policy needs to dream again. Lee Marable 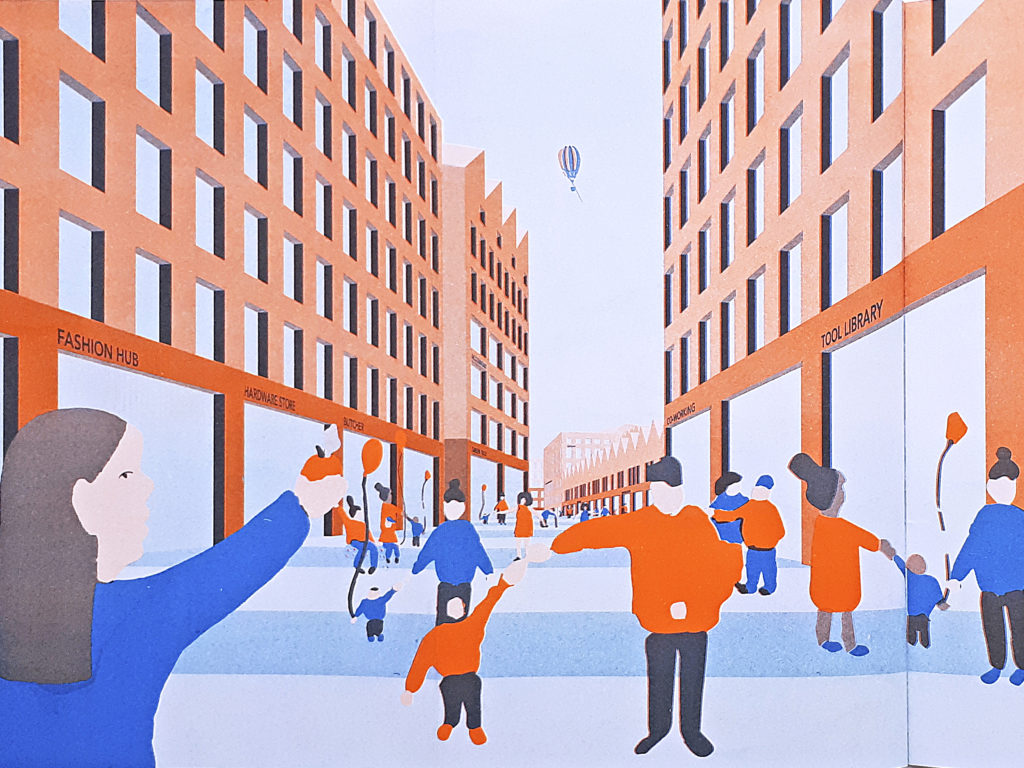