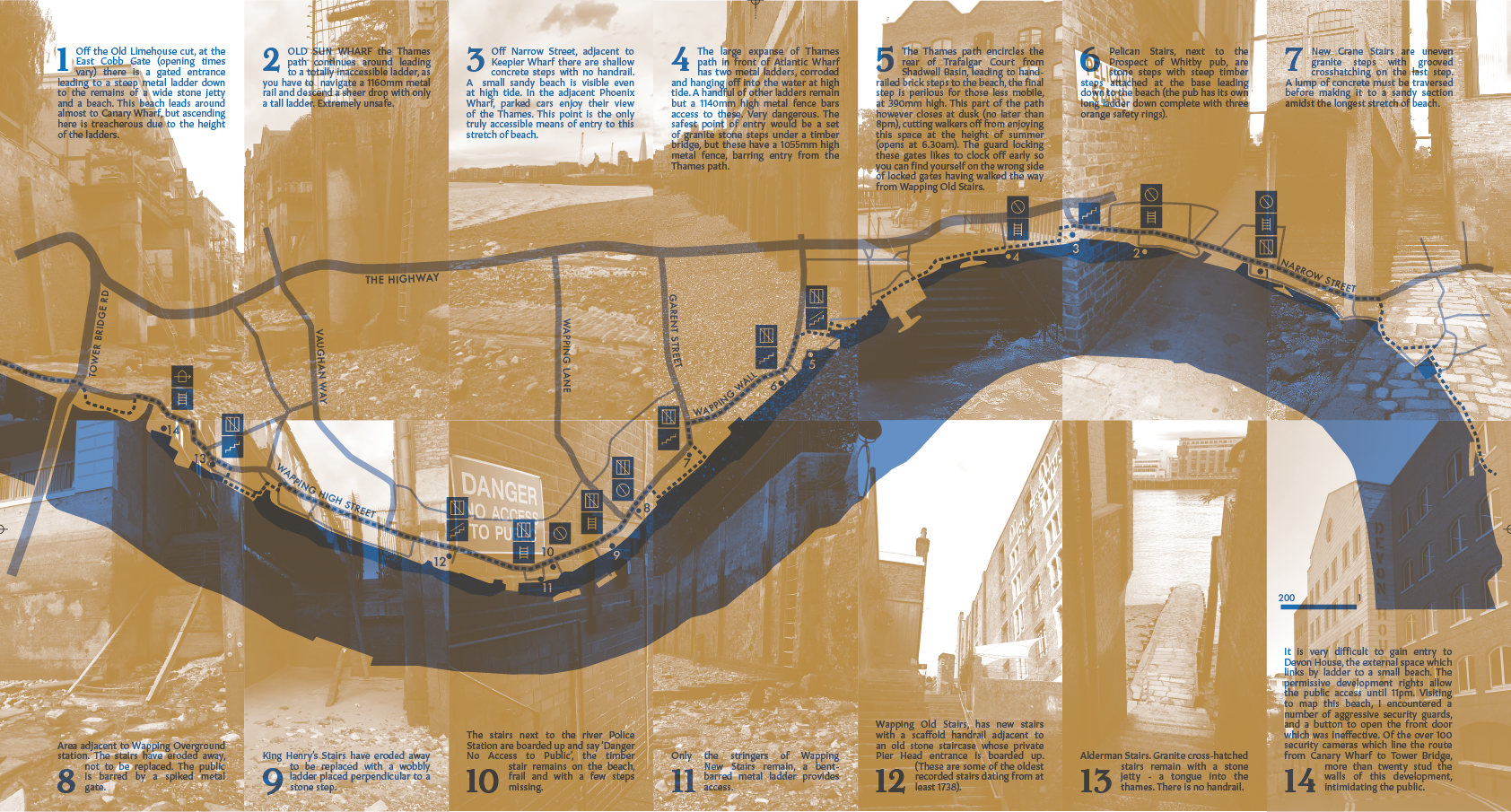 This piece is about London, the Thames river which dissects it, unknown tidal beaches, and the 84 mile Thames Path. The scope is a 3 mile stretch along the Docklands, constructed in Wapping between 1799 and 1815.  The beaches shown here have a history of Kentish fishermen selling their catch, pirate executions, watermen on small boats ferrying people south, and present day mudlarkers chancing upon coins, buttons, and musket balls. Children create castles with discarded bricks and sand catches in the dimples of commuter’s brogues, stumbling upon a low tide, the lulling ripples soothing their souls.

The importance of open public spaces in London has been amplified during the Coronavirus pandemic. The beaches, once key points of trade, commerce and movement, are presently barely accessible through scant understanding of tides, poor mapping, and the erosion of access points.

The feeling of having climbed down to a beach only to return hours later and find nothing but water, adds to the ambiguity of these spaces, whose present mapping provides no suggestion of their means of entry. The clearest hint to their presence are the slug-like forms floating in the Thames on Google Earth’s satellite image. There is no access shown on Tower Hamlet Council’s map of the Thames Path, or from the street map on Google Maps.

The layers of land ownership leading to the beach itself do not make maintaining its accessibility simple. The Crown owns the Thames and Thames wall, but the Port of London Authority supervises the upkeep. The Thames Path, a National trail, then skirts the water through many private developments with gates often left locked.

From the Thames path to the beaches, passages have names to suggest there may be a gentle staircase alighting onto the sand, but many have eroded, leaving nothing or, at best, lonely vertical ladders.

This study acts as a precursor to mapping more of London’s tidal beaches. The tides are unruly and change from day to day. If wishing to walk along the foreshore, I advise beginning an hour or so before low tide and checking http://tidepredictions.pla.co.uk. My barometer remains the southern shore, viewed from my kitchen window. 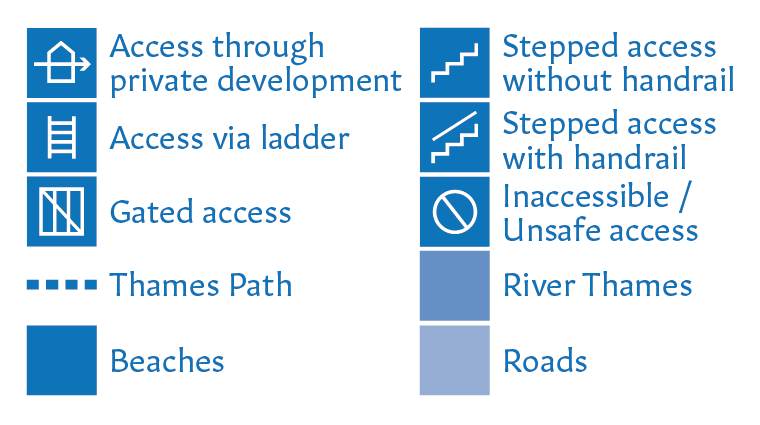