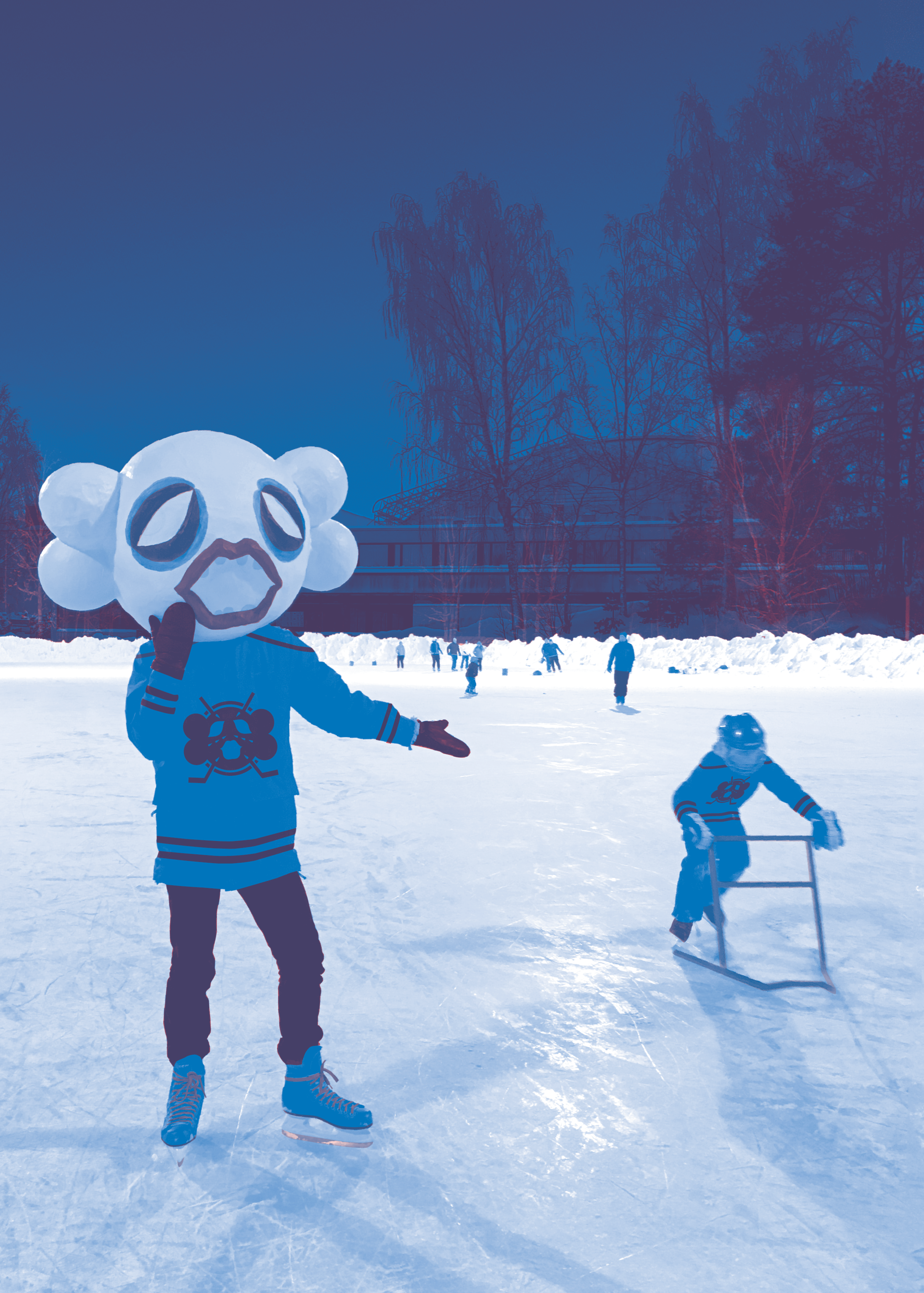 If it’s cold enough, there’s ice. The Pirkkola Sports Park, designed by architects Kaija and Heikki Siren between 1964 and 1974, is a sports complex located in Helsinki Central Park, a 1000 hectare forest which runs through the heart of Finland’s capital. The Sports Park is one of several large outdoor venues which transform into open air ice rinks when the thermometer dips below 0 in Helsinki.

Spaces such as these are part of a wider democratisation of sports facilities in Finland. In winter, vast networks of cross-country skiing tracks appear, pressed into the snow by mechanical snow groomers and maintained by the city. These routes, along with the outdoor ice rinks, are free for all to use and are recorded digitally in Helsinki’s ‘Outdoor Exercise Map’ (www.ulkoliikunta.fi), a fantastic resource which provides information regarding the location and condition of these facilities. In spring, when the ice and snow have departed, athletics tracks and astroturf football pitches remerge across the city, free for anyone to use when not occupied by organised teams.

Whilst this may not seem like the most revolutionary arm of Finland’s social democracy to a local, try telling that to someone wishing to exercise on a budget elsewhere. In London, for example, it can cost £60-£100 per hour to rent an astroturf football pitch, with the gate locked, CCTV cameras activated and anti-climb spikes in-situ to prevent any possibility of an extra-curricular kick-about. A summer evening in Pirkkola, lit by the midnight sun, can seem like utopia to the casual sports fan: filled with runners, impromptu football players and groups of teenagers listening to music in the centre circle. Bliss.